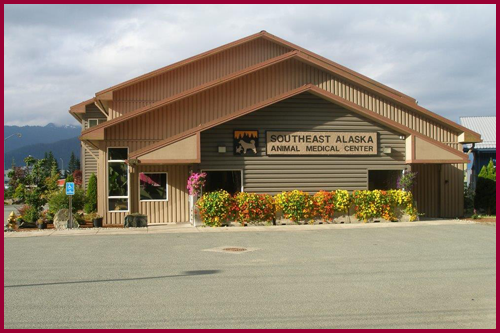 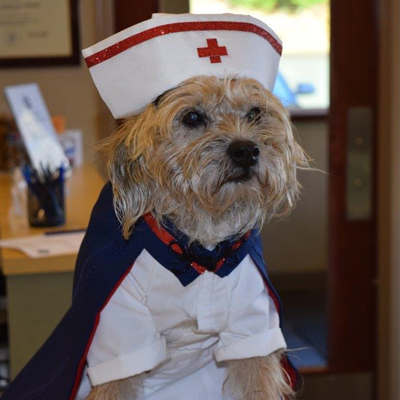 Southeast Alaska Animal Medical Center, formerly Southeast Alaska Veterinary Clinic, is the oldest established veterinary practice in the region. It was founded in 1962 by Dr. Cliff Lobaugh in the former milk house for the old Danner dairy. The original building was remodeled and enlarged many times, retaining the charm of the original milk house. The practice eventually outgrew the building, however, and in 2003 we began planning for a new building, designed specifically for the needs of our patients, clients, and staff. At long last, we moved into the new facility in March 2005. Along with the new look came the new name – Southeast Alaska Animal Medical Center.

​The original practice area covered all of Southeast Alaska and Northwest Canada (Yukon Territory and Northwest British Columbia). The practice had a population base of 30,000 people scattered throughout three different time zones. Dr. Lobaugh held clinics in Ketchikan, Sitka, and Whitehorse and was known locally as “the traveling doctor”.

Dr. Patrick Taylor joined the practice in 1972 and expanded the veterinary service to include visits to Wrangell, Petersburg, Haines, and Skagway. In 1980, Dr. Lisa Kramer joined the practice, and as the area’s population expanded, the clinic became busier and busier. After 33 years of practice, Dr. Lobaugh retired in 1995. Since then, Dr. Taylor and Dr. Kramer have shared ownership of the clinic, having added Dr. Steven Torrence in 2007, and Dr. Gerry Nance in 2013. Southeast Alaska Veterinary Clinic has evolved from a one-man, traveling veterinary practice in 1962 to a large multi-doctor hospital serving Juneau and the surrounding communities in Southeast Alaska.
​